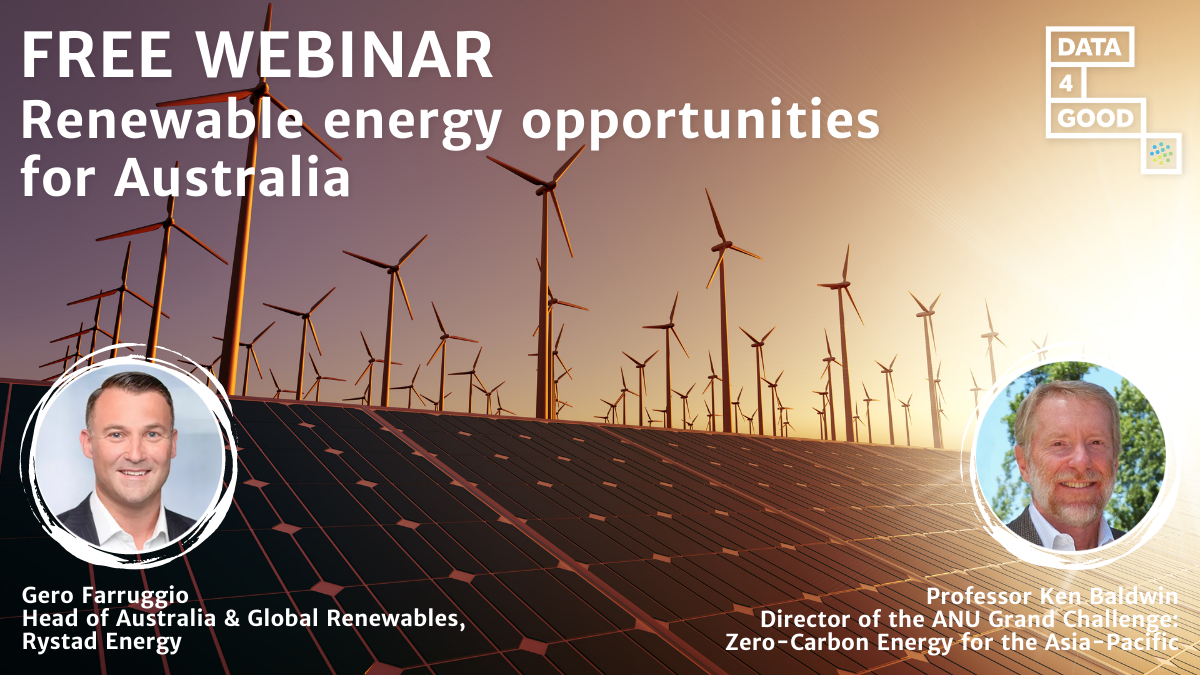 This webinar was inspired by the United Nations’ Sustainable Development Goal – Affordable and Clean Energy, ensuring access to affordable, reliable, sustainable and modern energy for all.

Here in Australia we have a wealth of natural, renewable resources that can be harnessed to supply energy not only nationally but overseas as well. The energy sector is undergoing a profound and complex transformation as the shift to renewable energy gathers momentum. Join us to learn about global trends, current and emerging renewable technologies including green hydrogen, and renewable energy opportunities for Australia.

Utility renewables have entered a new era, as the energy transition gains pace. Globally, records are being set on investment, project size and technologies. We analyse data on over 90,000 solar and wind farms to highlight mega trends driving the global utility renewable sector and identify the key players, technologies and sign posts to look out for ahead. We take a deeper dive into green hydrogen, as countries race to be first mover in this emerging market.

Australia is the global renewable energy leader, installing solar and wind generation capacity faster per capita than any other country. In the future, major export industries may develop based on our comparative advantages in renewable energy, mineral resources, available land, human expertise and proximity to potential export markets in the Asia-Pacific.  Solutions that Australia develops as a stand-alone, low-emissions energy trading nation will inform the world.

A chance for the audience to ask questions 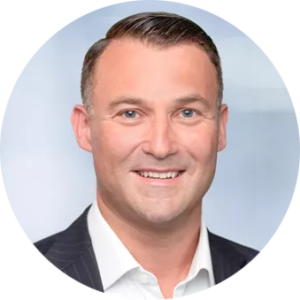 Gero is Head of Rystad Australia and the co-founder of Sustainable Energy Research Analytics – A Rystad Energy Company, based in Sydney. Gero is a member of the Ecogeneration magazine editorial board, the Australian Institute of Company Directors and a mentor for EnergyLab, the Sydney based clean energy accelerator. Gero joined Rystad in November 2017 and is responsible for the overall business in Australia and Rystad’s global renewable energy offerings. He has over 20 years industry and community service experience, including directorship, senior management, consulting and advisory roles.

Gero started his career at Schlumberger, where he demonstrated the commercial value of geosteering technology in Venezuela and Nigeria, publishing a selection of papers on innovations for the optimisation of horizontal oil wells. He then spent 16 years at Wood Mackenzie, as Director of Wood Mackenzie Australia Pty Ltd and responsible for Americas and APAC Upstream research. In November 2017 Rystad Energy acquired Sustainable Energy Research Analytics (SERA) where Gero was Managing Director specialising in renewable energy research and advisory. 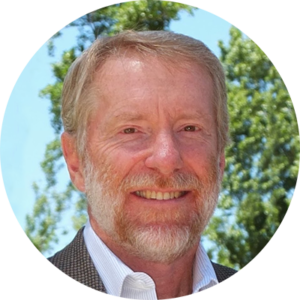 Professor Ken Baldwin is the inaugural Director of the Australian National University’s (ANU) Energy Change Institute, now part of the ANU Institute for Climate, Energy and Disaster Solutions. He is also the Director of the ANU Grand Challenge: Zero-Carbon Energy for the Asia-Pacific.

The main focus of his work is to help drive the energy transition, particularly for Australia’s future export industries based on renewable energy.

Professor Baldwin is an inaugural ANU Public Policy Fellow, and winner of the 2004 Australian Government Eureka Prize for Promoting Understanding of Science, for his role in initiating and championing “Science meets Parliament”. In 2007, he was awarded the W.H. Beattie Steele Medal, the highest honour of the Australian Optical Society. In 2010 he was awarded the Barry Inglis Medal by the National Measurement Institute for excellence in precision measurement. Professor Baldwin is a Fellow of the American Physical Society, the Institute of Physics (UK), the Optical Society of America and the Australian Institute of Physics.

Register below to receive the link to join the webinar: