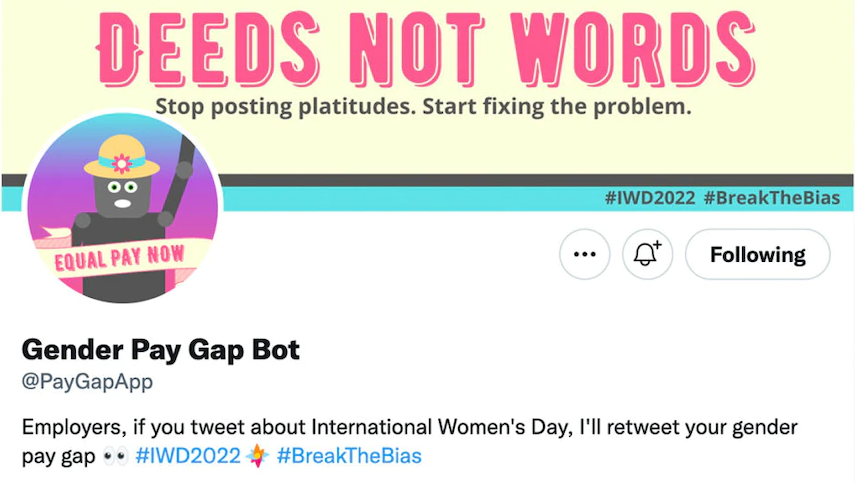 Striking fear into the hearts of CEOs, a lowly Twitter bot exposing corporate hypocrisy left a trail of carnage through this year’s International Women’s Day.

The Gender Pay Gap Bot reveals the extent to which UK-based brands celebrating IWD are paying their female employees less than their male employees.

Unleashed on Twitter this week, the results were brutal: organisations proudly celebrating their support of female empowerment with images of smiling workers and blandly inspiring statements were confronted with the stark truth of their own gender pay gap.

The automated system aired their dirty laundry and subverted the message they presented to the world.