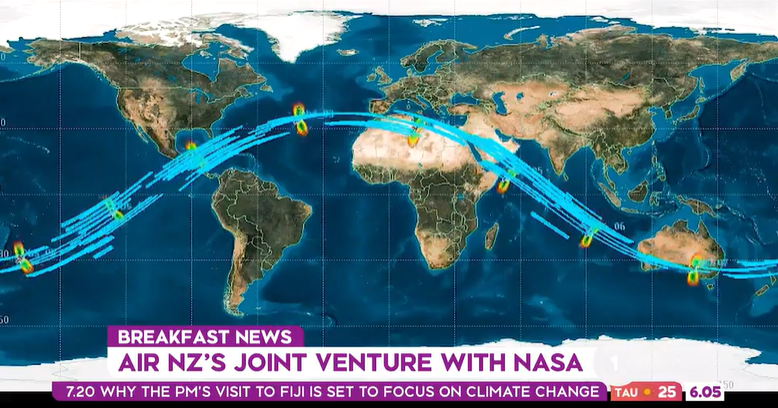 By 1news on TVNZ

A day after Air New Zealand announced there would be financial turbulence ahead, largely due to the coronavirus, some uplifting news from the airline has come today.

One of Air New Zealand’s Q300 will be fitted with next-generation satellite receivers later this year. The receivers will act as a kind of “scientific black box” during flights, gathering data to better predict severe storms.

The data will feed into NASA’s Cyclone Global Navigation System.

When used over land, the technology can also determine climate change indicators like soil moisture levels, drought and coastline erosion.