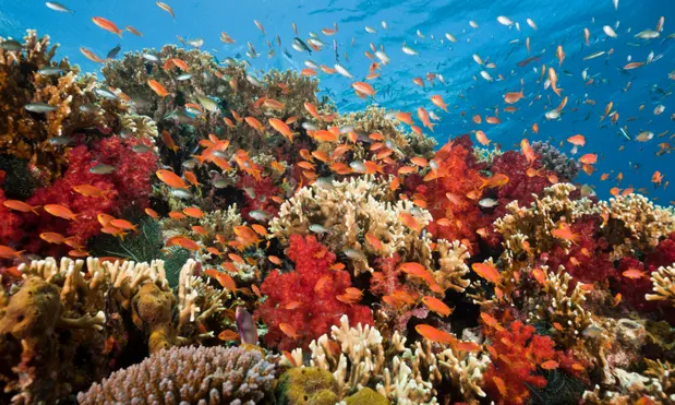 by Anne Wen in Guam, The Guardian

Without the app, mapping reefs usually involves high amounts of data and low-quality photos, which leads to slow analysis

Less than 1% of the ocean floor consists of coral reefs. But more than one-quarter of marine animals live in them. With rising temperatures bleaching corals across oceans, Nasa scientists turn to an unlikely tool: a smartphone app.

A team of Nasa scientists in Silicon Valley has developed NeMO-Net, a game to classify corals, into a tool for the National Oceanic and Atmospheric Administration (Noaa).

Without the app, mapping reefs usually involves high amounts of data and low-quality photos, which lead to slow analysis. Eight per cent of the ocean floor is mapped out, said Ved Chirayath, an earth scientist with Nasa who leads the team, at the same photo resolution as terrestrial land.